Solar energy is a clean, virtually inexhaustible source of energy. Over the past decade, increasing awareness regarding the economic and social benefits of a society’s access to electricity forced developing and African economies to encourage solar energy deployments, resulting in unprecedented growth in solar energy applications. Historically, the high cost of large-scale investments in solar generation has restricted solar energy developments in developing economies in general and African states in particular. However, solar energy applications are becoming more economically attractive with the expanding scale of market penetration and production. In the near future, unsubsidized solar power could cost no more to end-customers in many markets than electricity generated by fossil fuels.

Today, African and developing economies are characterized by very high rates of economic growth, far outpacing the global average, and continuing population growth. These two factors pose a formidable challenge to ensuring access to adequate and affordable energy supplies. This requires not only the non-electrified population to be provided electricity access, but also investments in capacity increases to fulfill the growth in energy requirements fueled by economic growth.

In recognition of the importance of solar energy development in Africa and the Emerging Economies, MillenniumFinance Corporation (MFC)brings expertise and capabilities in creating a virtuous cycle of solar investments in Africa and the Emerging Economies toward achieving grid parity by helping our clients realize the fruits of a clean, renewable source of energy. Thus, MFC will help our clients in creating an enabling environment for solar-generated electricity to become increasingly competitive with the retail rate from mainstream networks that are presently dominated by fossil fuel sources. It aims to help DMCs strengthen energy security, pursue economic growth, and sustain economic development, as well as increase energy access for rural and livelihood development. We plan to initiate this virtuous cycle through solar project identification and development, knowledge management, and innovative financing.

Opportunistically, large parts of Africa and Emerging Economies are endowed with high levels of solar insolation1 and have significant solar energy generation potential for both large-scale grid and off-grid applications (see Figure 1). As a decentralized form of energy, solar energy holds promise in providing power to the millions of people in the region with no access to traditional energy supplies. As an added and perhaps more important benefit, rapid and sustainable development of solar energy applications in the region is key to accelerating solar energy’s global march to achieving grid parity.

An African Development Bank study projected that energy demand for Africa will grow at an annual average rate of 2.7% until 2030, more than double the world’s average over the same period. One of the biggest challenges confronting policy makers in the region is how to provide adequate, affordable access to clean energy for a large, growing population. Added to this are issues of energy security and pricing, especially for the poorest, as well as energy delivery, especially across diverse terrains and climate conditions. An estimated 900 million people in ADB DMCs have no access to electricity. These struggles present vast opportunities for solar energy development in the region. Solar energy also offers substantial solutions to help address the energy challenges confronting Africa and Emerging Economies. These prospects are often mutually reinforcing, and some are described here.

An African Development Bank study projected that energy demand for Africa will grow at an annual average rate of 2.7% until 2030, more than double the world’s average over the same period.

Huge market potential with exponential growth prospects and development co-benefits. The present and projected gap in energy demand for the region provides a huge opportunity and market potential for any energy-generating technology that can meet the demand on a sustained basis. The distributed power generation potential of solar energy can help sustainably meet the energy needs of tropical and subtropical countries, which offer the best opportunities to harness solar insolation.

The high solar potential, along with the high energy demand, offers exponential growth opportunities for solar energy applications in Africa and the Emerging Economies.

Additional potential benefits accompany solar energy development in the region. These include access to clean energy for marginalized groups, social and rural development through the provision of decentralized generation to remote and rural communities, economic benefits from the development of indigenous solar energy manufacturing and ancillary industries, and significant potential for future cost reduction and scale-up in solar technology applications.

National programs promoting solar energy as a mainstream energy source. The potential for solar power cost reduction associated with technology development; increased scale of market penetration; manufacturing improvements in material, fabrication technology and processes; and a shift to low-cost production centers was introduced in the previous section. Until now, all these have been possible due largely to the demand from European markets, and to some extent American and Japanese markets. However, these markets offer only a modest growth opportunity compared with the exponential growth possibility in the new and emerging markets of Africa and the Emerging Economies.

Market development in the region is thus critical to the next wave of global investments in solar energy applications that will accelerate the global progress of solar energy toward grid parity. 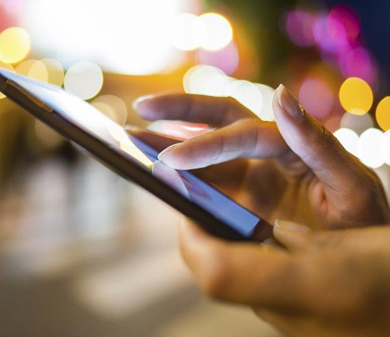 NATURAL RESOURCES ARE NOT THE MAIN SOURCE OF AFRICAN GROWTH

Only 26% of Africa’s growth was accounted for by natural resources, whilst 40% was generated by consumer goods and services as a result of the rise of the urban African consumer.