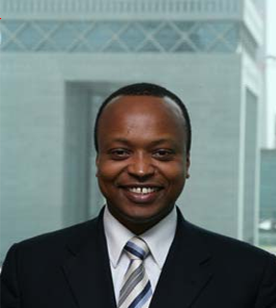 He has been leading investments and advising numerous governments and international corporations on strategic transactions, totaling more than USD 100 billion across the Middle East, Africa, Asia, Europe, and the Americas.

Keba holds an engineering degree from ‘Ecole Nationale Supérieuredes Télécommunications de Paris’, and an MBA from the Massachusetts Institute of Technology (Boston). Keba Keinde was awarded the ‘Builders of the African Economy Award’ in 2010.

Emerging economies, which I call the New World represent 50% of the world GDP today and will represent more than 60% of the world GDP in 20 years. There is not any single global investment company that is giving priority to the New World. Today’s leading global investment company have played an important role in supporting the economy of the developed countries.

Our objective at Millennium Investment Corporation is to identify, structure, mobilize financial and technical resources on a global basis, and invest in strategic projects in the New World.